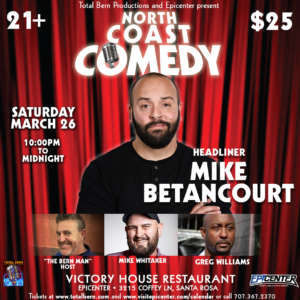 Mike is national headliner and served in our armed forces through the Iraq war. He started his stand up comedy career in 2004 and had no idea what he was doing. “Sure I got some laughs, but I still had no idea what was going on. I wasn’t afraid to make mistakes and fail; Lord knows I have failed a lot! I’ve heard the boos, seen people walk away, or even better, had people yell at me after shows because I wasn’t funny. However, I was instilled with strong work ethics from my parents, so I kept going, I was determined to learn this craft.”