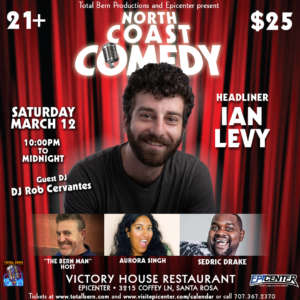 Finalist in the San Francisco Comedy Competition 2021, He was born and raised in Sacramento. He now lives in San Francisco, where he one day plans on dying. Ian has performed stand-up comedy everywhere from Edinburgh in Scotland to a bowling alley in Concord. The bowling alley show only had one audience member. On the bright side, he was really nice. Out of all the comedians in the Bay Area, Ian Levy is the best – according to his mother. According to everyone else, his mother should “mind her own business.” He loves performing in his hometown, because his mom makes him vegetarian shepherd’s pie.